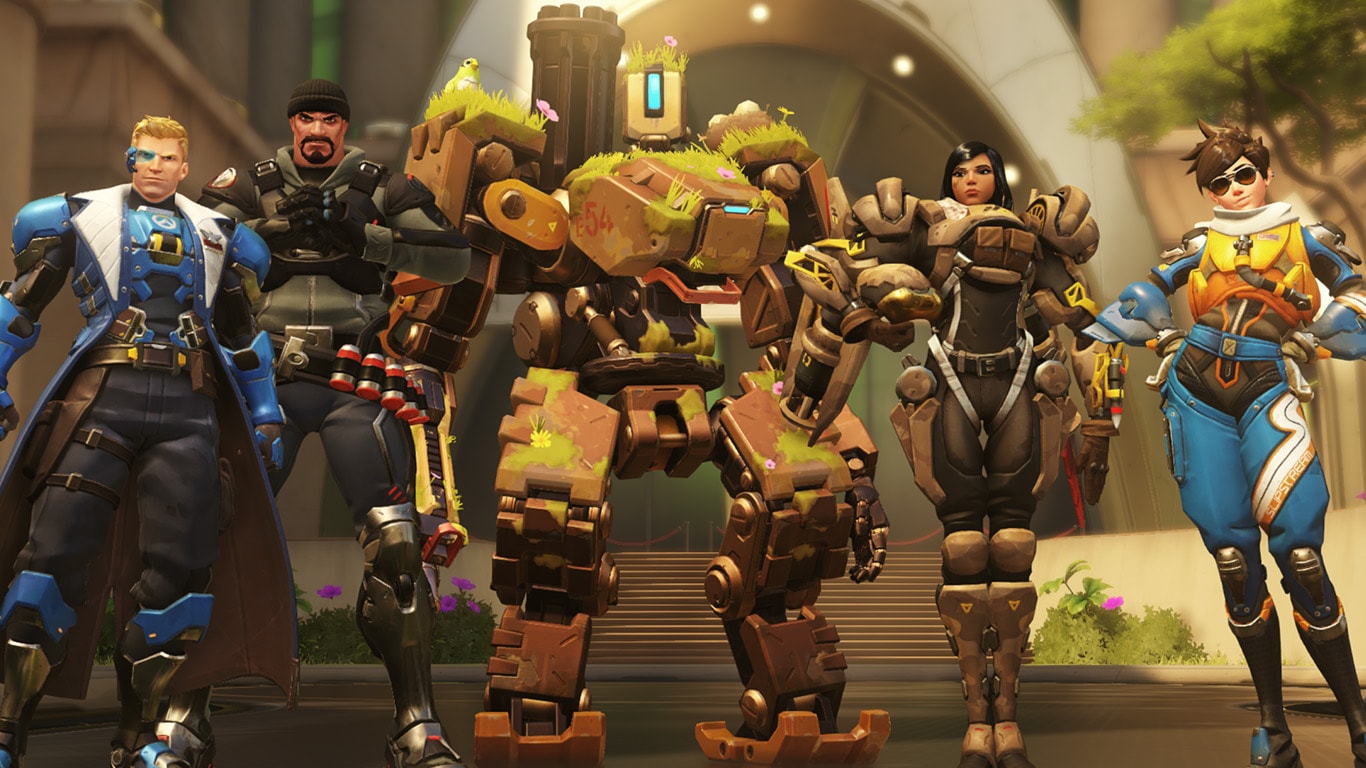 Since the beginning of PC gaming, one of the first PC games were no other than FPS games. FPS games are probably one of the best games that you can play and have fun like never before. Two years ago, Overwatch, a brand new Blizzard’s shooter game was released and this game quickly became what it is today- an excellent competitive shooter. Sure, not every game is completely authentic, and we have some games that are pretty much like Overwatch. Is it a bad thing? Well, it certainly isn’t! If you wish to find out more about games like Overwatch, I think that you could check our list, which is just below. 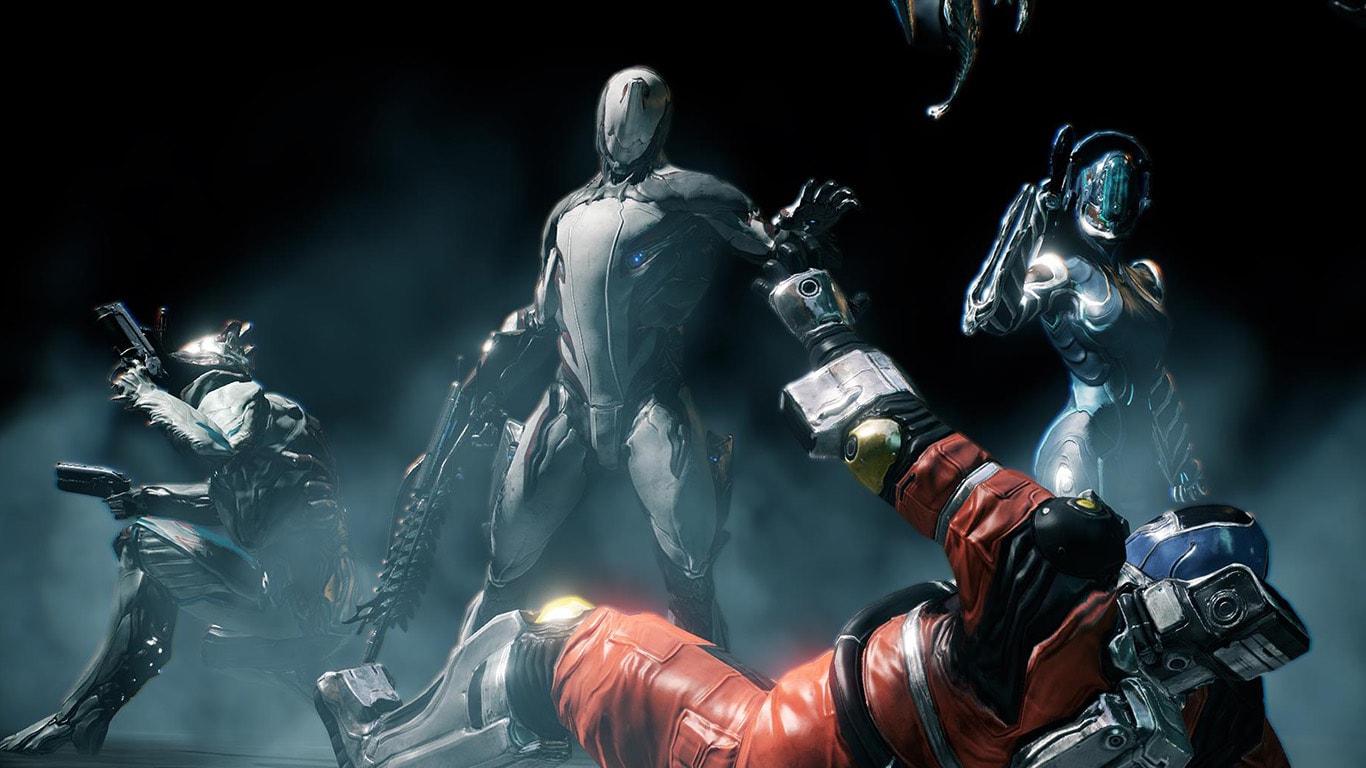 Unlike a full-priced Overwatch game, we have a completely free Warframe! Warframe is a third-person shooter that has a lot in common with Overwatch. For example, both of these games are fast-paced and require some strong reflexes to be the best. Overwatch is known for its great, sometimes overpowered guns, where Warframe tends to do this, but versus the computer-controlled enemies. Warframe is one of the best free games you can play at the moment! And you know what? The game is constantly evolving and changing, so it’s unlikely you’ll ever get bored; I promise you! 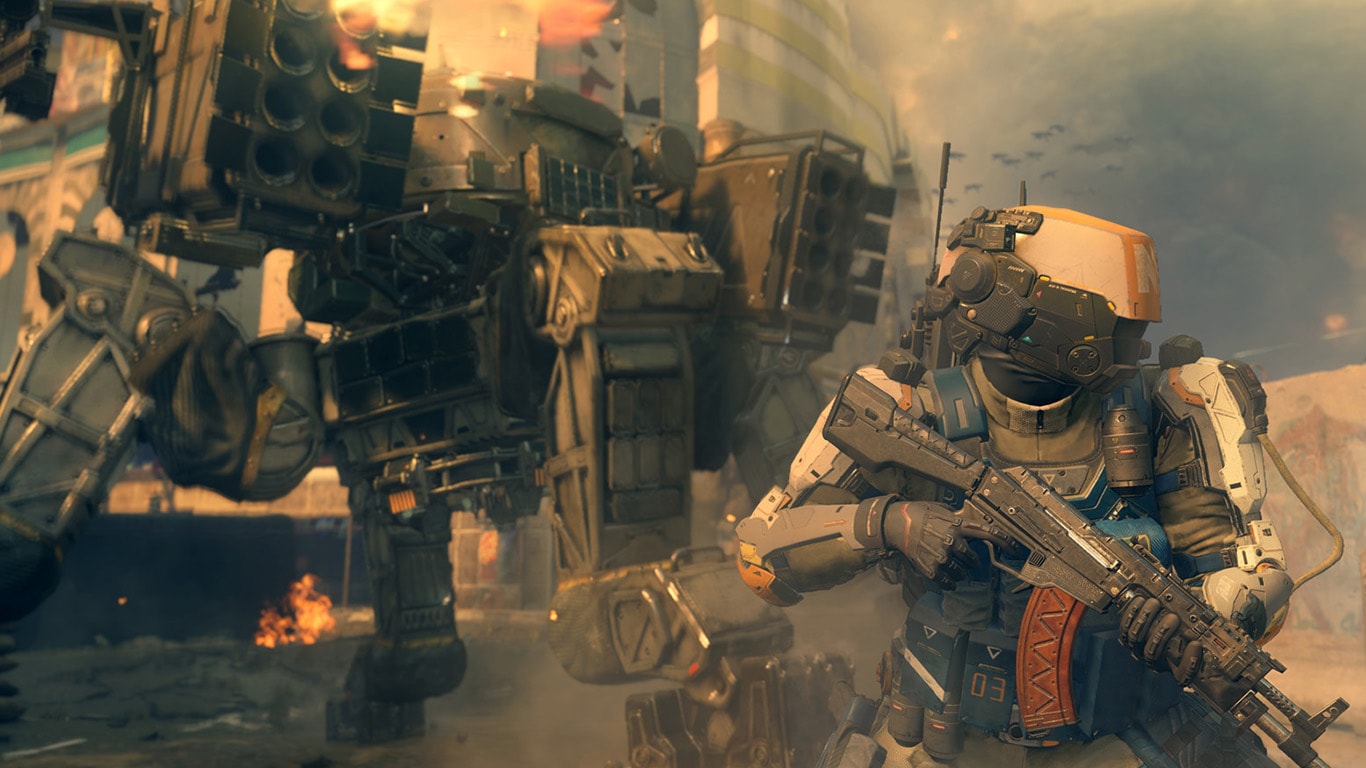 Call of Duty games tend to bring an interesting, albeit cliche campaigns to the gamers, as well as an often great multiplayer mode. Black Ops 3 is known to have some of the best multiplayer modes in the franchise, but only if you love futuristic kind of shooting. Where in WW2 games you have a boots-on-the-ground gameplay, in games like this, you’ll be flying, walking across the walls and slapping headshots like its nothing. It’s very fun to play, and since it’s a low-spec game, you can still enjoy it on a mediocre PC. 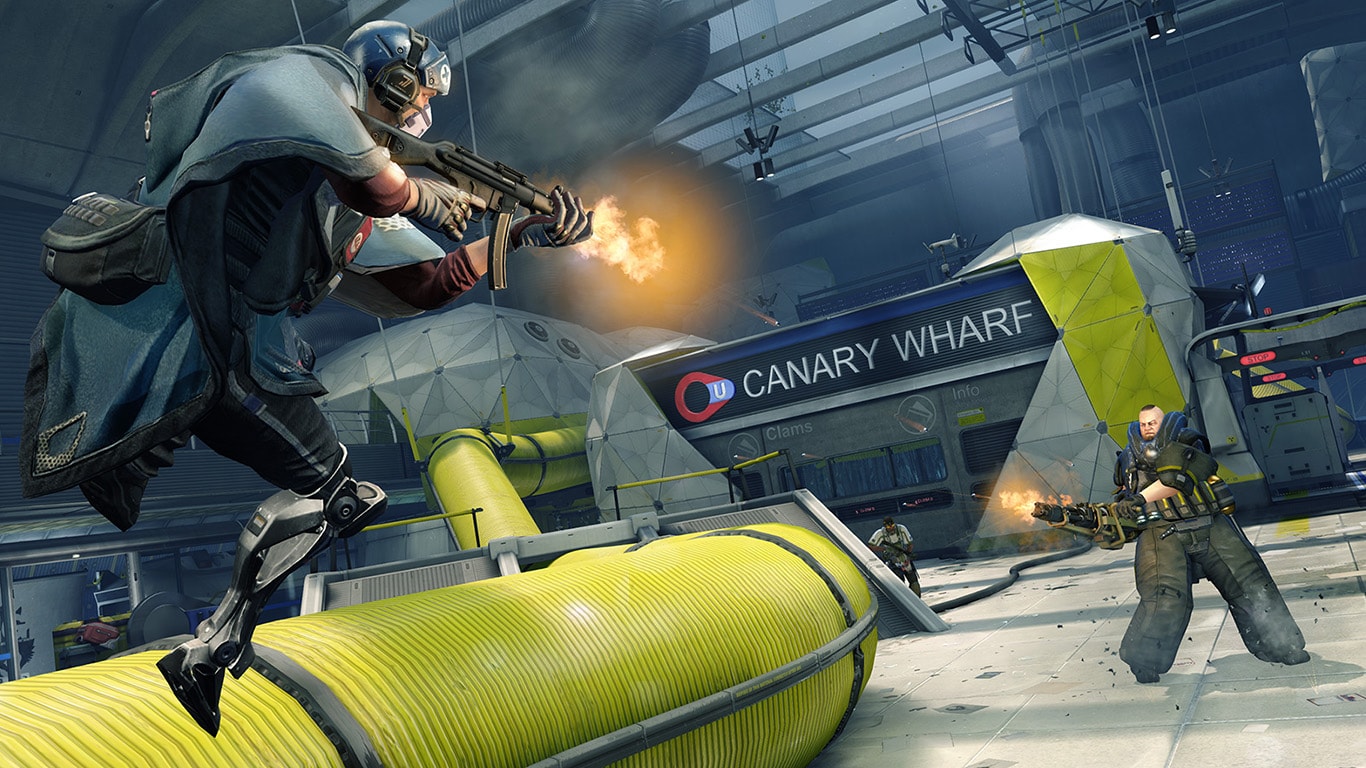 Another free, freshly baked game is Dirty Bomb. Dirty Bomb is dirty and filthy as it sounds! It’s another FPS game that’s all about that fast-paced gameplay and it’s hero-oriented. This means that you can choose from several different soldier classes of which everyone has a different and unique special ability or weapon. The game development is still in progress, so you can pretty much expect it to change, evolve or… well, become less fun, which I hope won’t happen. Until then, download this game and get your ass kicked until you learn how to play. 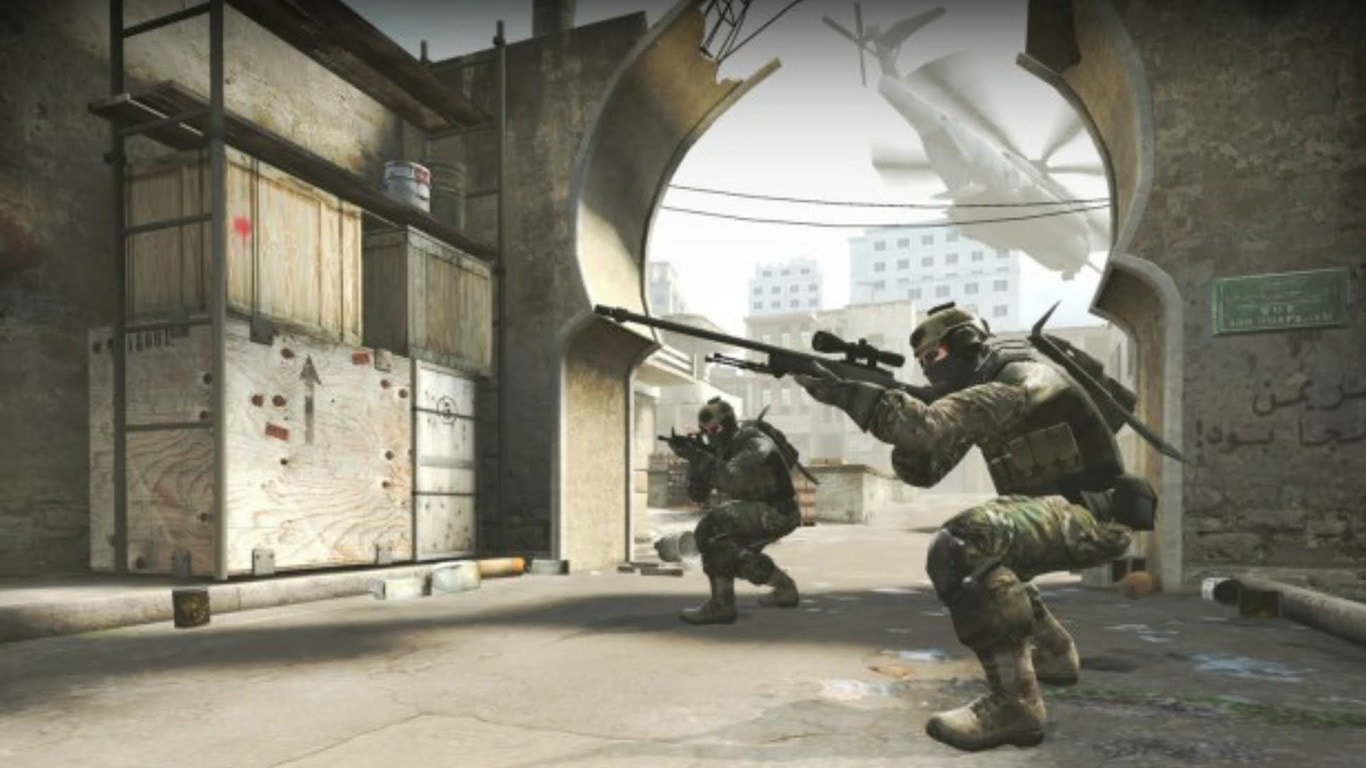 Speaking of kicking ass, CSGO is one of those games that will teach you that not every game is Call of Duty. Let’s forget about fast-paced shooter for a moment and concentrate on tactics and knowledge needed to be good at CSGO. Being a Counter-Strike game, Global Offensive is a perfect remake of a well-known game Counter-Strike 1.6. There are tons of new and remade weapons, the maps look gorgeous and the player base is constantly rising. You simply can’t find a better competitive shooter at this price. 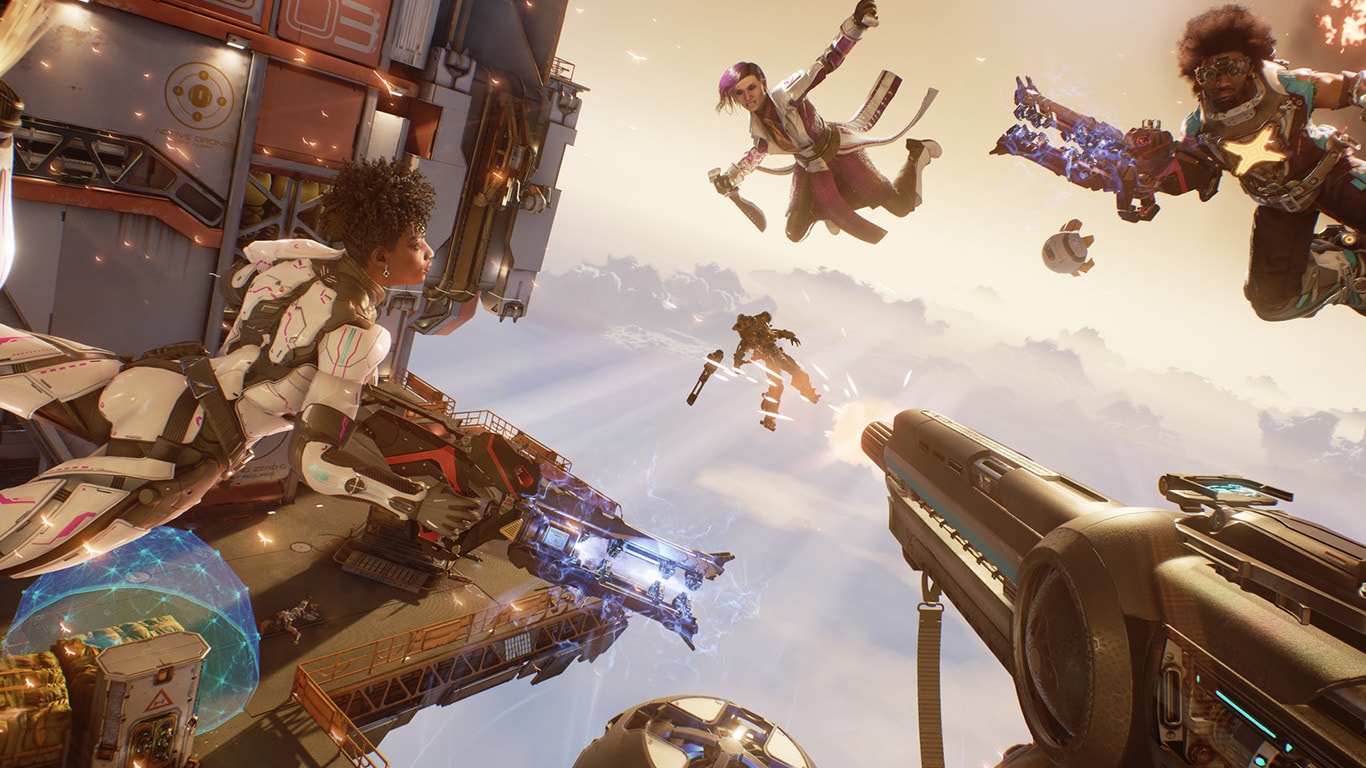 Lawbreakers is an amazing game released in August of 2017. This game promised A LOT, and I mean A LOT to the gamers, but indeed, failed miserably. I don’t know why this game failed, but I surely know that it’s almost Overwatch 2.0. If you don’t believe me, you can check it for yourself! The powerful guns are here, the fast-paced gameplay is humongous, the characters are stellar, and yes… it’s a strictly multiplayer game. If you love multiplayer shooting, I bet you’ll adore this underrated game. 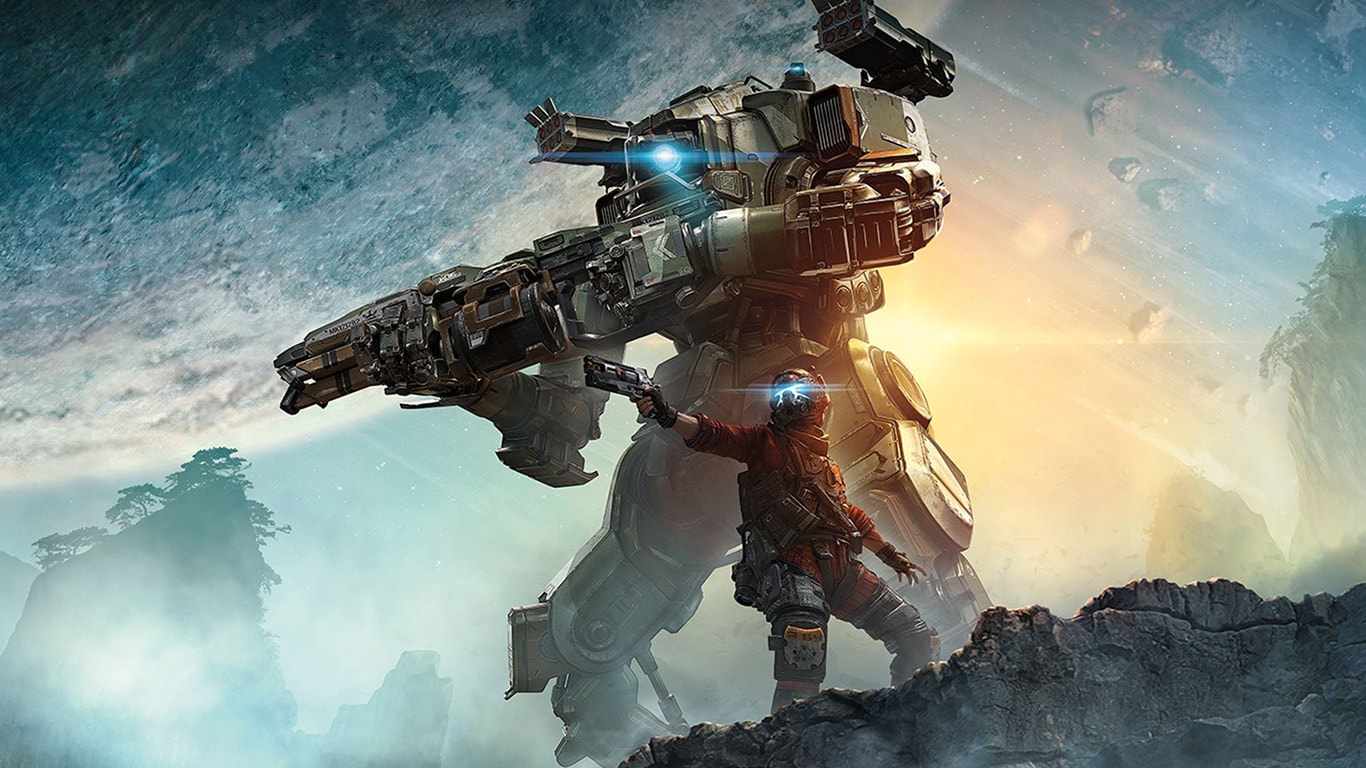 Titanfall 2 is a game that could fare much better against the reviewers. In fact, this game was reviewed quite positively but failed to sell properly. It’s the EA’s fault for publishing this game at the same time as the more popular Battlefield 1. Nevertheless, this explosive shooter offers a jaw-dropping singleplayer campaign, as well as a multiplayer that will make your mouth wet with saliva. The Titans are especially good in this game, and they allow for some great action sequences. Get ready to experience the FPS genre as it’s meant to be experienced! 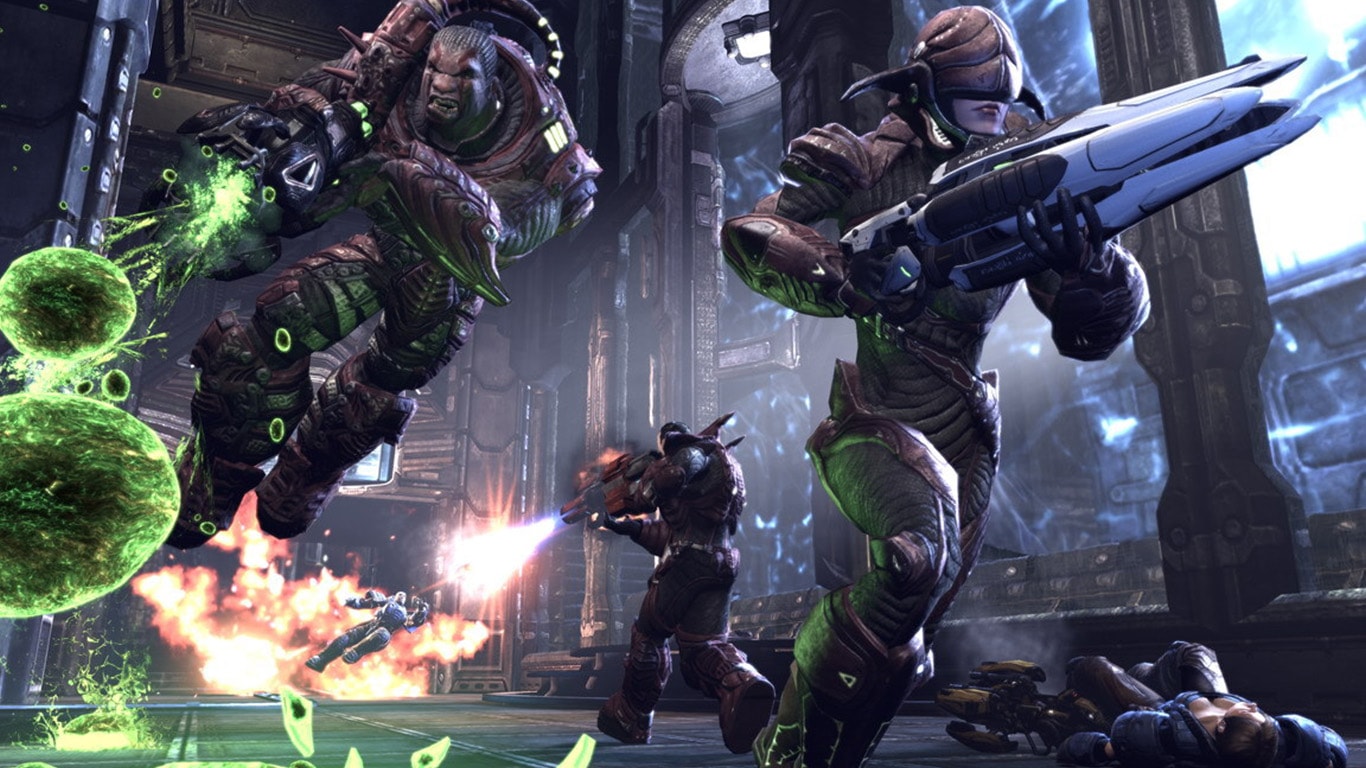 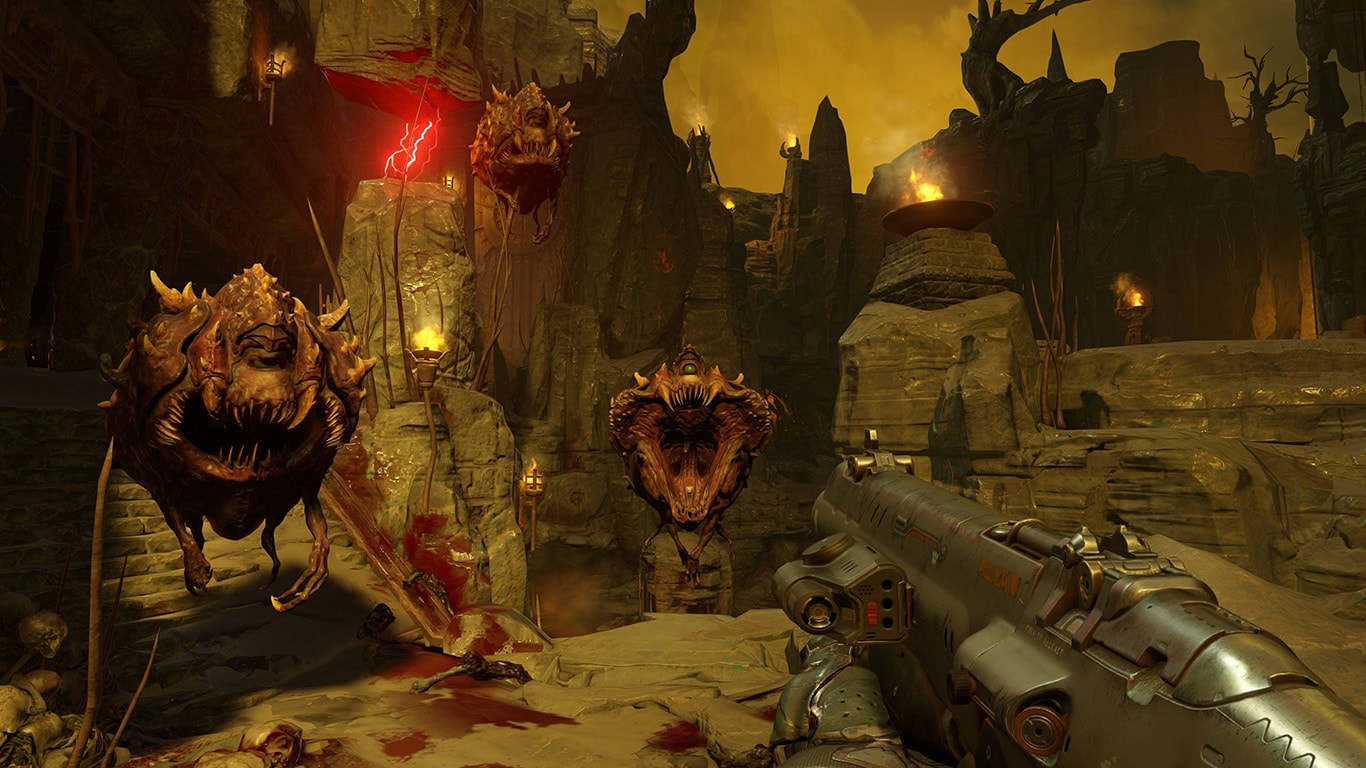 DOOM, sweet DOOM, here I come! DOOM (2016) was a pleasant surprise two years ago when it was released. In a sea of these boring, uninspired shooters, DOOM appeared like a ghost, from nowhere and took the gaming community by storm. However, you’ll like DOOM more because of its amazing campaign, featuring thousands of demons to kill and lots of weapons to experiment with. The multiplayer itself is mediocre at best, but it’s not only the multiplayer that counts, right? By the way, you can get this game for a few dollars- a great reason to buy it. 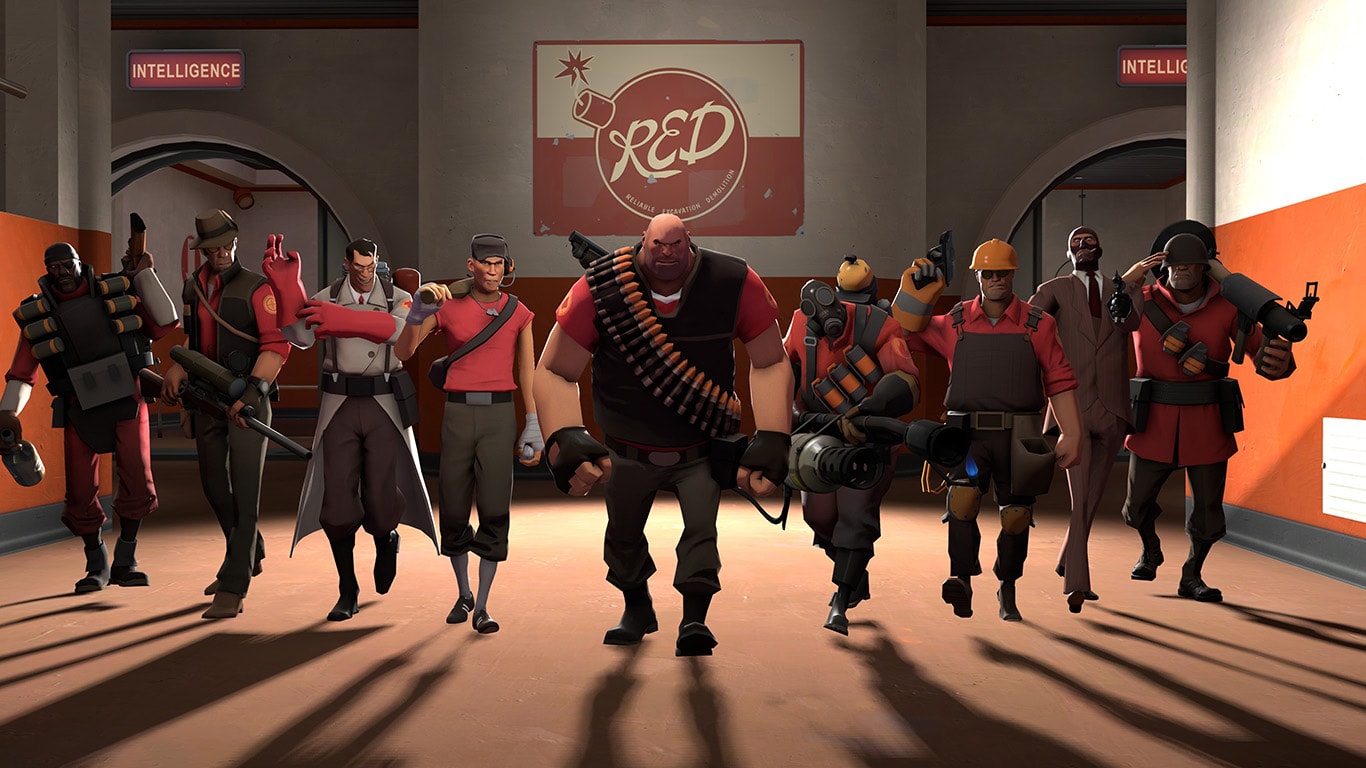 Valve surely knows how to make a game. Since the first Half-Life was released, this company led by Gabe Newell got to where it is now pretty quick. Because Valve is now responsible for the greatest digital games market, they granted us a great free shooter called Team Fortress 2. Team Fortress 2 is exactly what Team Fortress was fifteen years ago! The good news is that the graphics are stunning, the animations are smooth and the guns feel responsive and powerful. If that’s not enough to look forward to, then I don’t know what is! 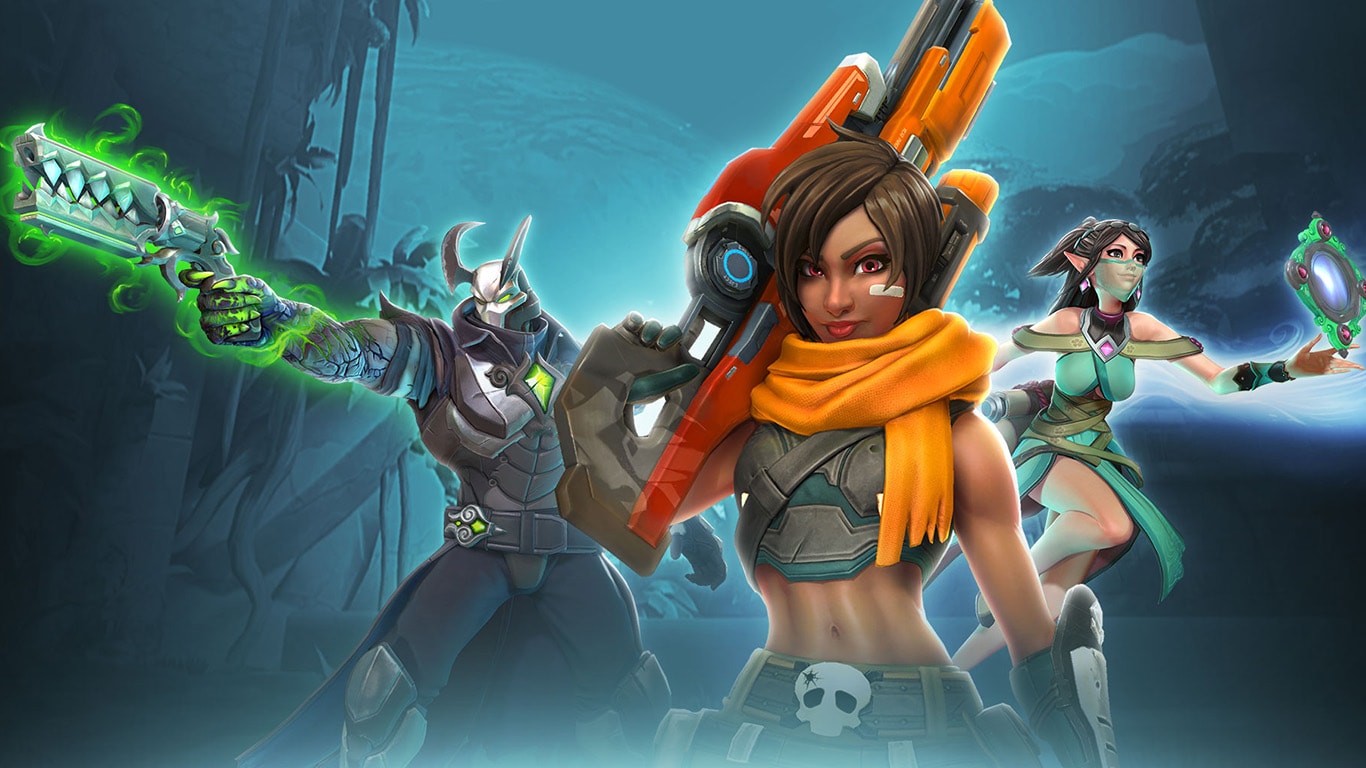 When you first take a look at this game, it looks like a cartoonish RPG from Blizzard. However, Blizzard is far, far away from this title, meaning that you’ll get a completely unique experience. Hi-Rez Studios, a company behind this game, did a pretty decent job with Paladins. It’s sort of a team-based shooter featuring various strategy elements. Isn’t it great when you can play shooter and a strategy game at the same time? Get this game for free and find out more about it. It will cost you nothing and still be fun as hell.

Have you heard about Gearbox Software? Yeah, this is the company that pretty much works with 2K, a company that published many great games like Borderlands. There is, however, another great fact and that’s that Gearbox Software also developed THIS game. Oh, yeah! Battleborn is now available for you to enjoy and it’s free to play. What I like about this game is its colorful art style, combining vivid colors that perfectly merge, giving us a colorful open world and lots of amazing animations. For fans of Borderlands, this is a must-play! 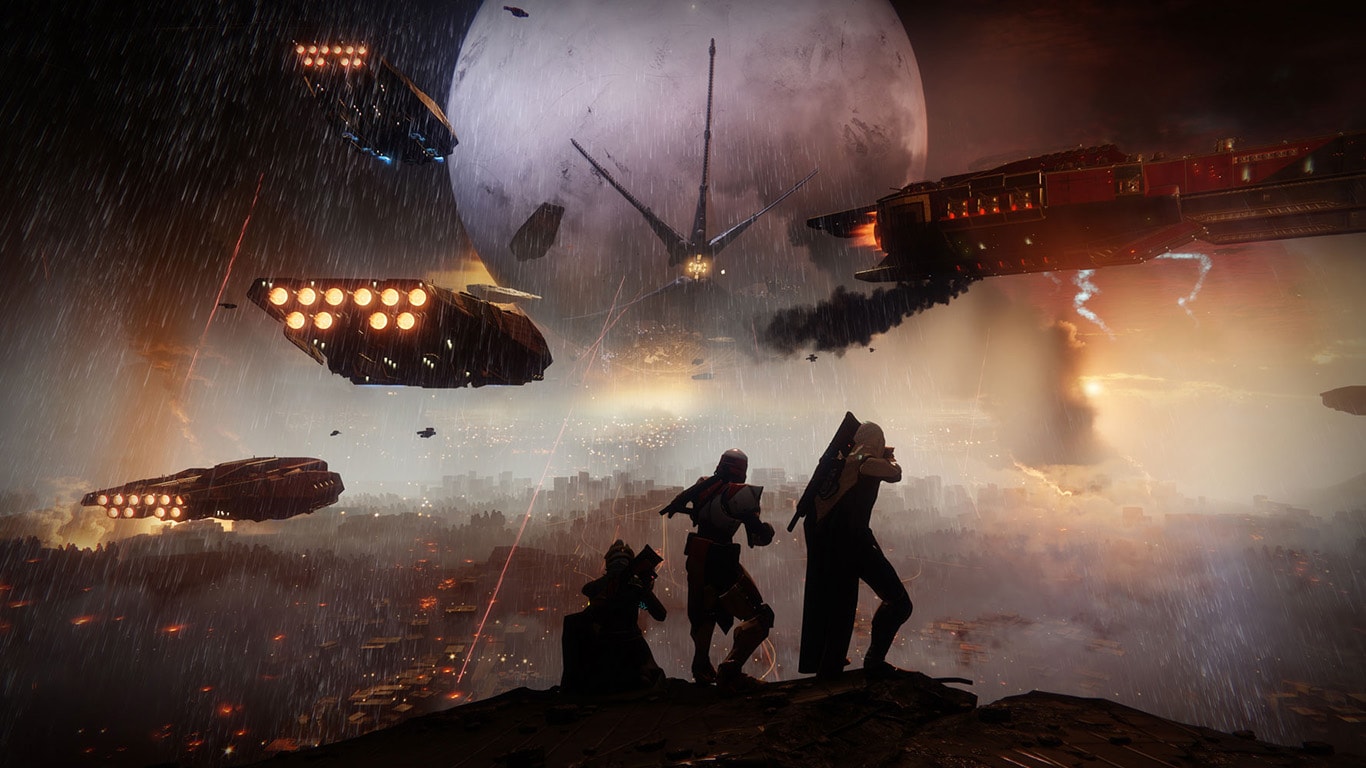 Destiny 2 can be placed in the same basket as Star Wars: Battlefront 2. Both of these games have microtransactions and weren’t especially innovative. However, behind all of this bullshit lies a decent game called Destiny 2. Destiny 2 is a game that’s all about the story and the multiplayer gameplay. The story can be experienced alone or with your friends and the gameplay is almost identical to the first game. I like that developer finally decided to port this game to PC. You can now play this on both your PS4 and PC. 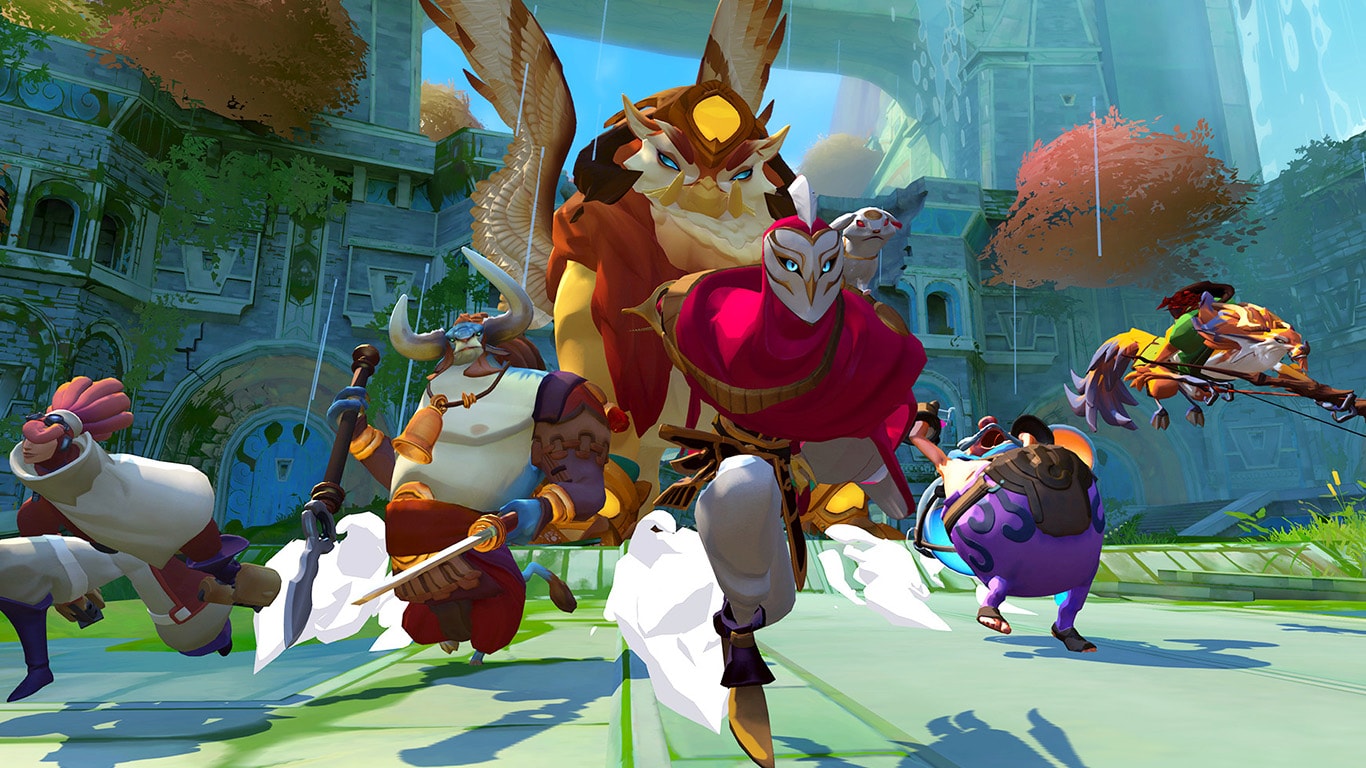 Gigantic might not be a gigantic game, but it’s surely a great title to behold. I don’t know about you, but I love free-to-play games. It can be seen that the developers took their time to craft this game, making it fun and satisfying to play. Another thing to be noticed here is, again, the cartoonish graphics. If you don’t mind them, I think that you’ll enjoy this game to death! The environment is beautiful, it’s colorful and full of stuff to explore. I haven’t played a game this fun in a long time! 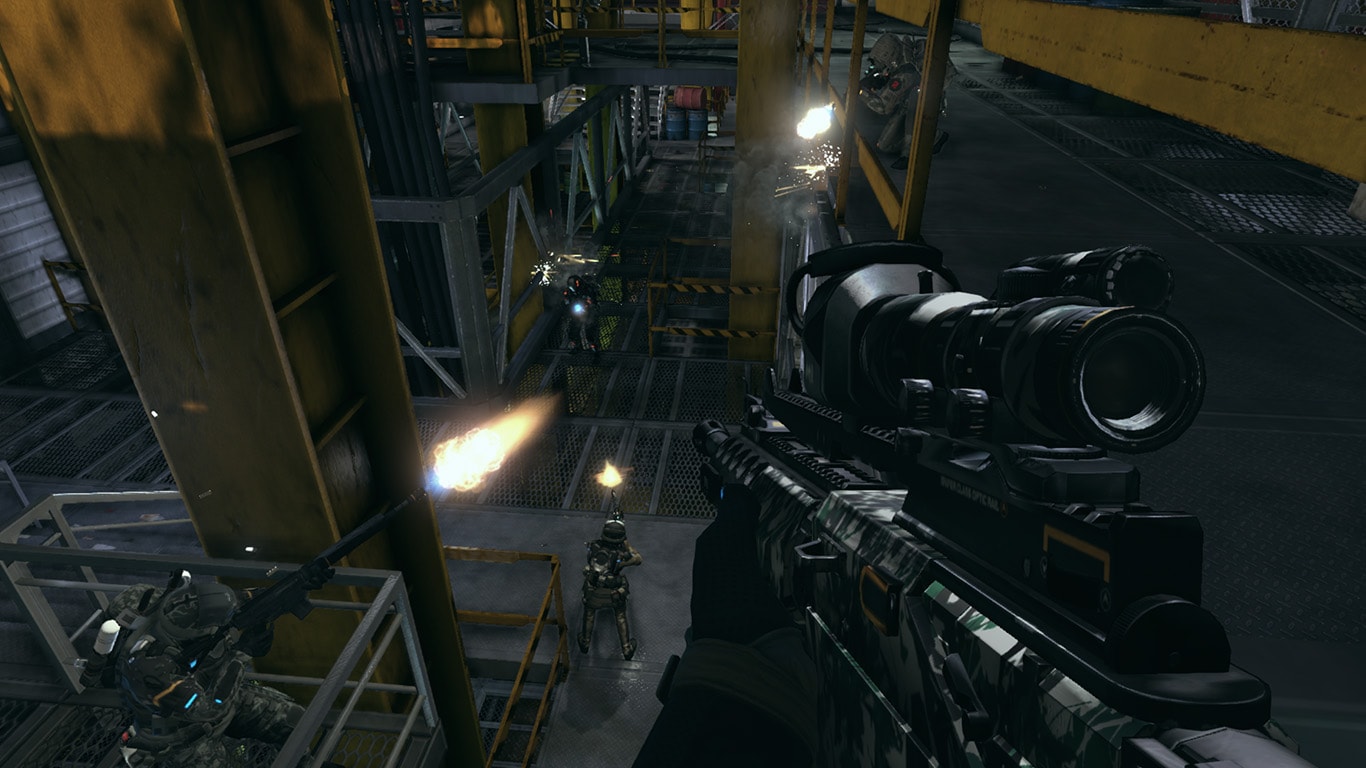 I remember when this game launched about six years ago and it was quite a nice game. However, Blacklight: Retribution wasn’t a free game like it is now. It recently went free-to-play, which is great for the newcomers. As for the core gameplay, this is a hardcore first-person shooter game that focuses on multiplayer battles across the futuristic set of maps. If you like Call of Duty Black Ops 3, you can expect the same futuristic guns and gameplay, but in a slightly overwhelming sense. What can I say… go and play it! 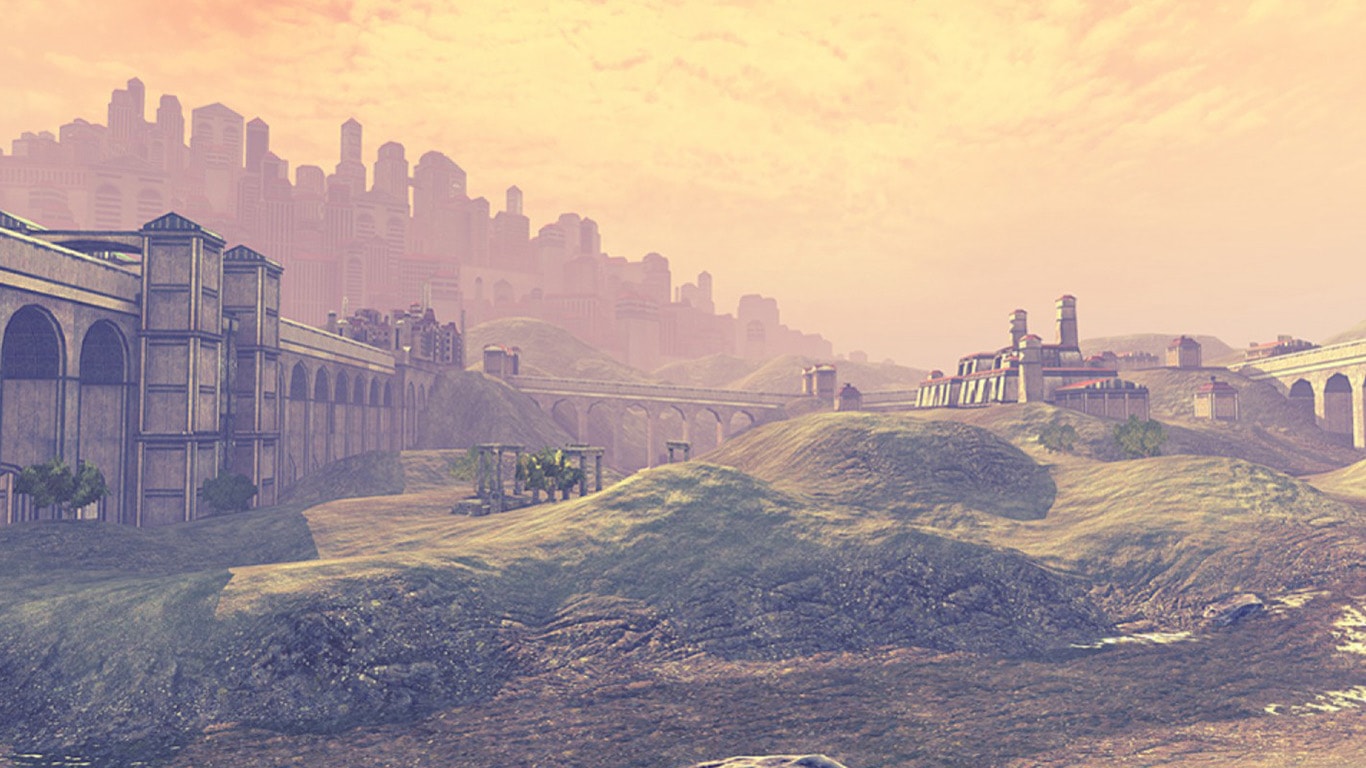 Hi-Rez Studios is here to bring us the great Tribes: Ascend game, and it’s really, really awesome! Tribes: Ascend might not be the greatest free game on Steam, but I’m sure you’ll like it a lot. First, we have this huge space-like world which you can explore with your friends, and second- this game is absolutely free to play! How about playing it with your friend or against the other players? Well, you can do that since this is a strictly multiplayer game. I bet you’ll like this game a lot! 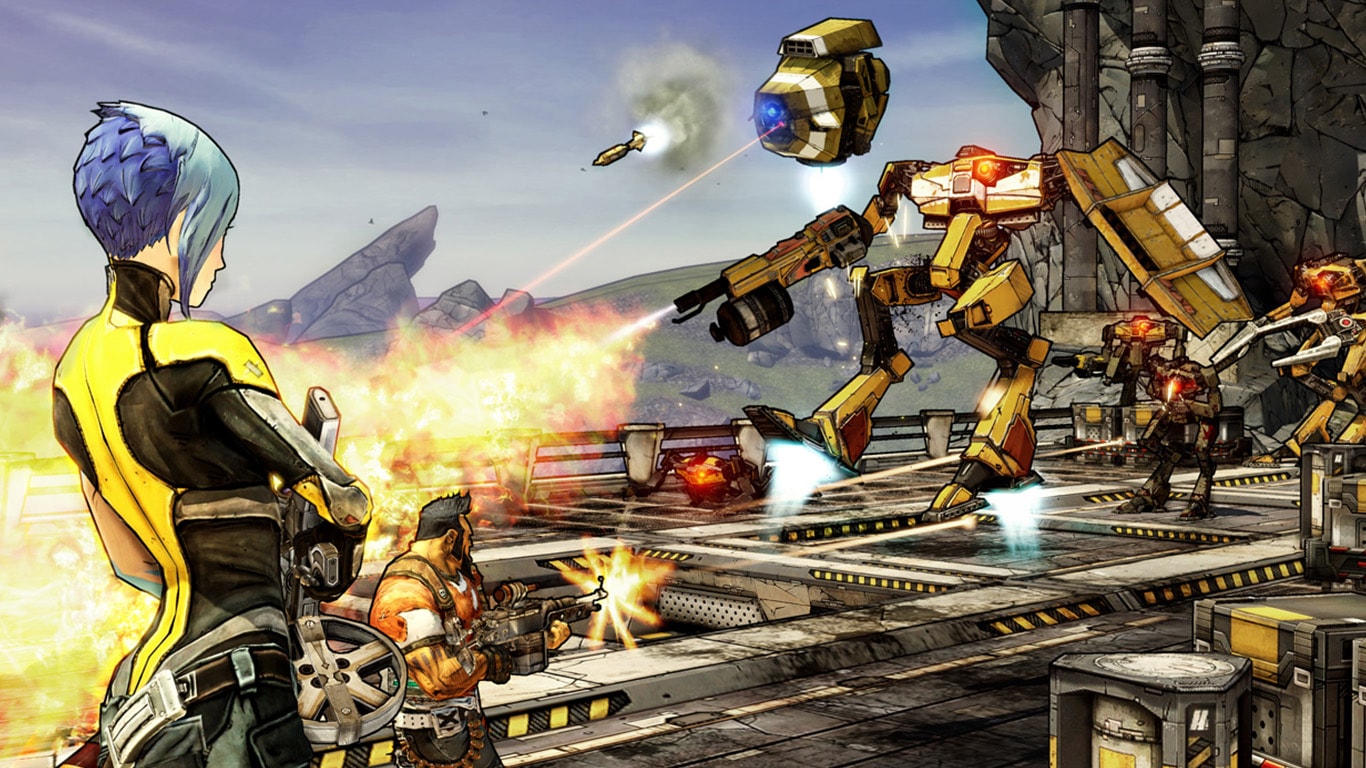 Borderlands alone was a masterpiece of a game, but when Borderlands 2 came out, it was simply crushed. Borderlands 2 raised the standard of RPG shooters with its great open world, deep progression system and lots of interesting quests. Some complain that the game features too much action and shooting, but what do you want? The only way to level up here is to kill some bastards (enemies) and rely on the great and rewarding loot system. Have I mentioned that you can play it in co-op mode? Yeah… this game keeps getting better and better! 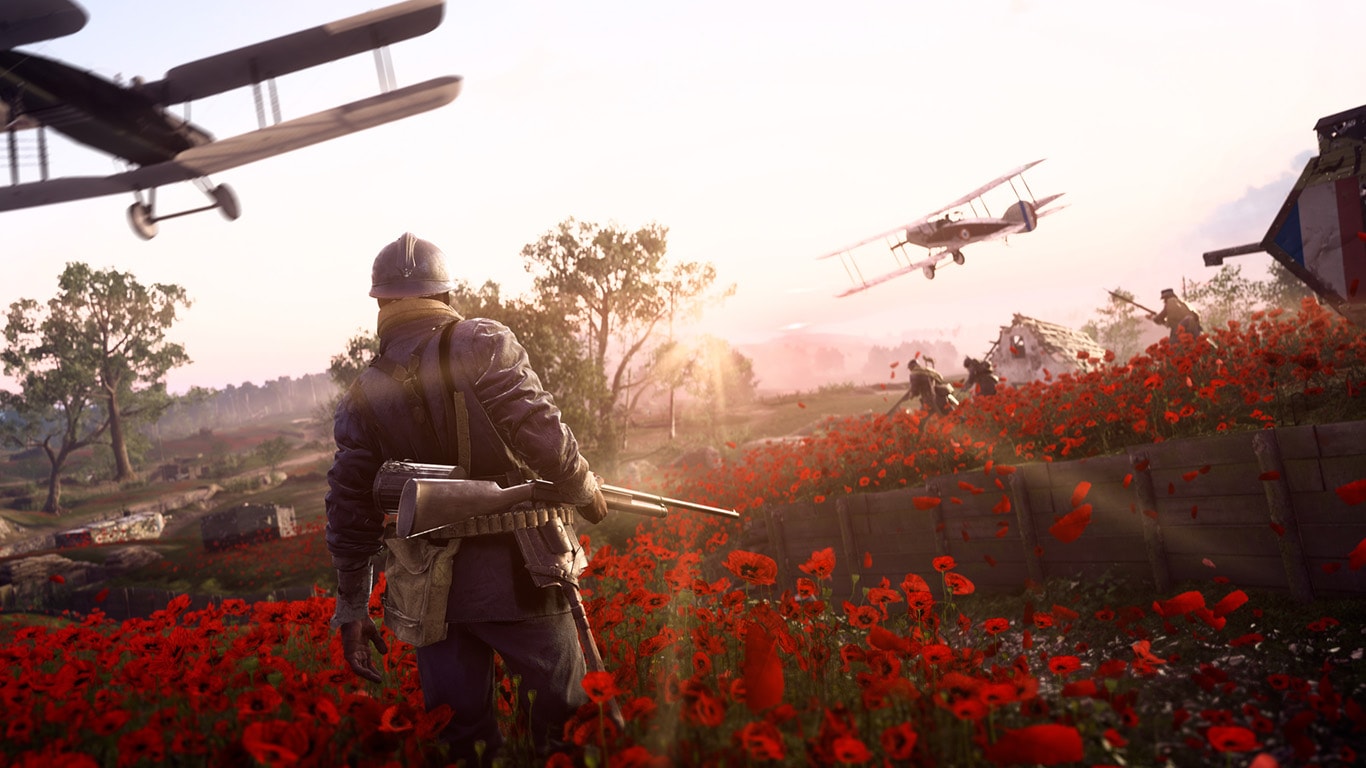 Battlefield franchise is known for amazing multiplayer games. Early Battlefield games were all about the multiplayer which was, by the way, fantastic. On the other side, the newer games have included campaigns and they are as equally as epic. Battlefield 1 is the newest game in this amazing franchise and it’s set in WW1. This amazing setting is backed up by amazing storytelling, great and unforgettable characters and mind-blowing visuals and sound design. The multiplayer is also fun, providing you with lots of WW1-era weapons, dogfighters, tanks and armored vehicles. This is surely one of my favorite games ever! 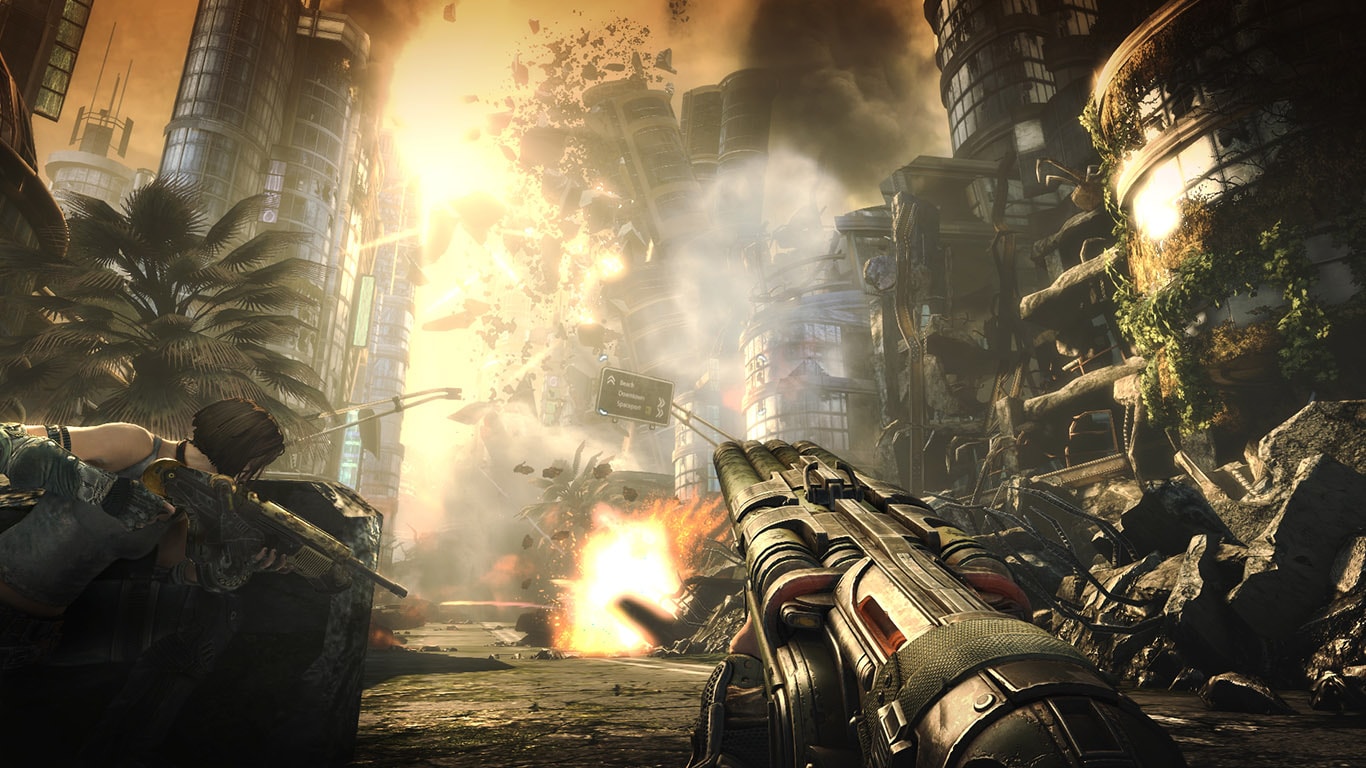 Bulletstorm came out long before Overwatch, and let me tell you something- this game ROCKS! As a fast-paced shooter, Bulletstorm offers a lot of heart-beating moments that will stay in your mind forever. Furthermore, the characters in the game are hilarious! If I had to choose an FPS game with the best humor, it would be, hands down, Bulletstorm. But, it’s not about humor only. Bulletstorm features many powerful guns and a Leash which you can use to drag your enemies across the level and impale them on the spikes and cusps. It’s a worthy singleplayer experience, without a hint of doubt. 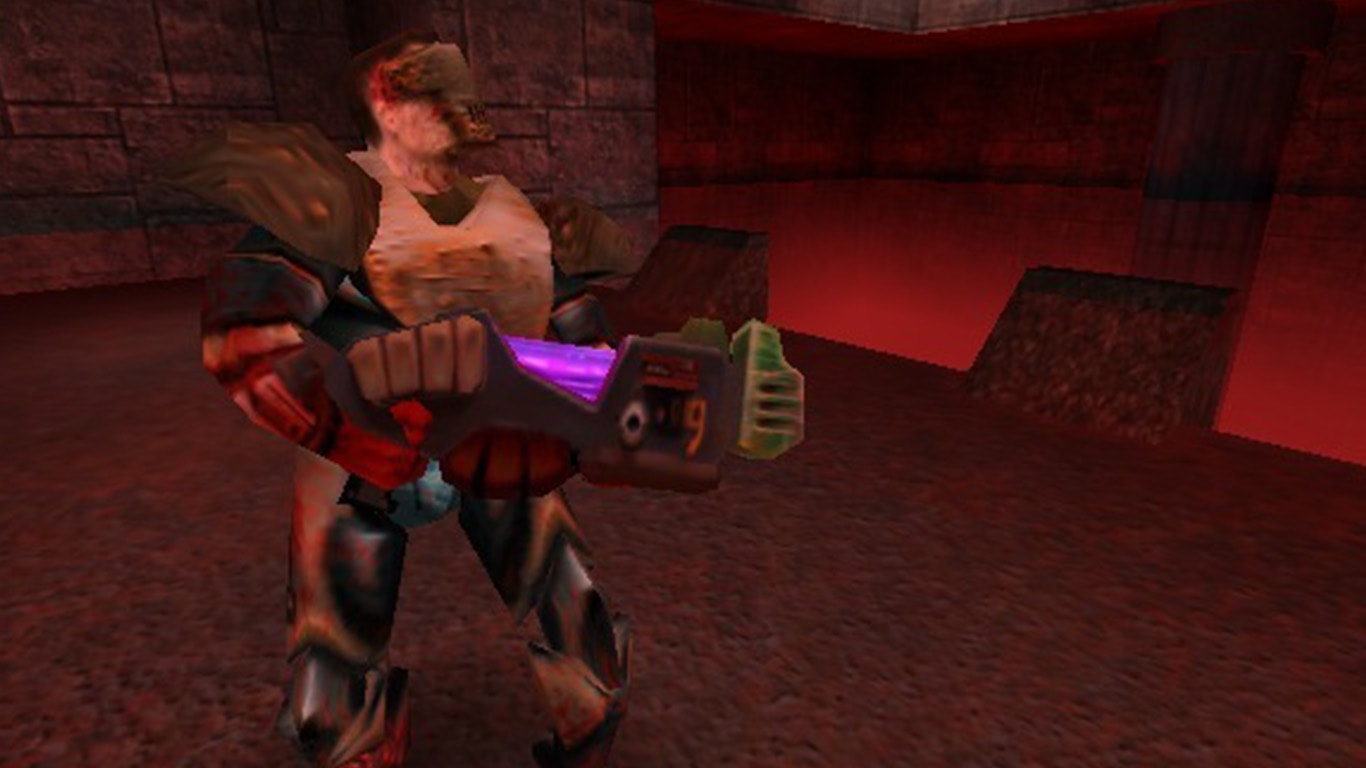 You’ll agree with me when I said that Quake is one of the greatest FPS franchises ever. I mean, would Overwatch exist without this game? Nah, I don’t believe it. Quake III Arena is here to give you a hellish experience with its gothic and dark environments that pack lots of interesting features. This game is all about the speed and the precision- if you aren’t quick and precise enough, you’ll get wasted pretty quickly. The graphics aren’t something to brag about since this is a very old game. Nonetheless, you’ll have a great time with Quake III Arena. 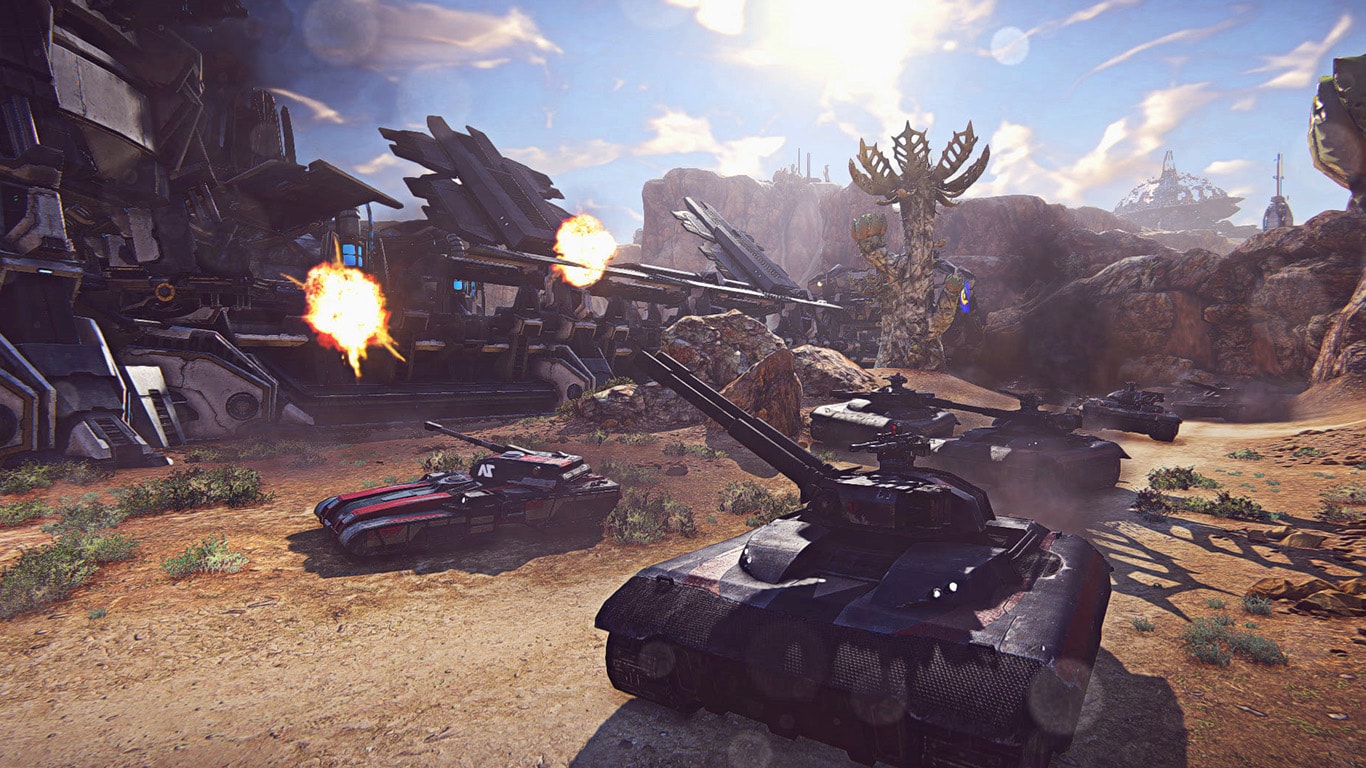 PlanetSide 2 is an MMO shooter game that has a lot to offer. This game is really going to give you an overwhelming sense of scale, due to its large-scale battles. With the numerous class to choose from, you’ll be able to tailor your gameplay to your needs and skills. The environment is also varied, meaning that you won’t get bored with this amazing game. I simply don’t know what to say about PlanetSide 2 anymore. You must play it to see how great it is. 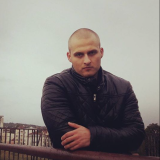