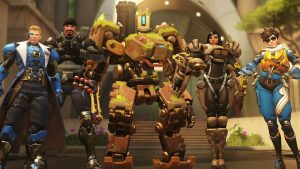 Since the beginning of PC gaming, one of the first PC games were no other than FPS games. FPS games are probably one of the best games that you can play and have fun like never before. Two years ago, Overwatch, a brand new Blizzard’s shooter game was released and this game quickly became what […]